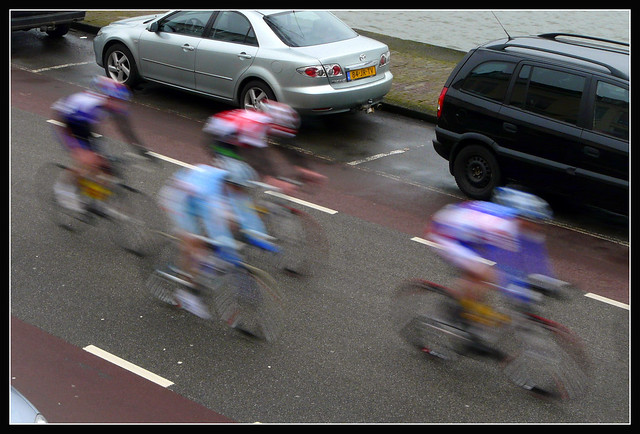 I’ve been experimenting with different success strategies and I’d like to share one that seems to have a great yield for me: Momentum.

In a nutshell, here it is: the best way to beat procrastination, get more out of life, etc is to build momentum by doing ANYTHING that is productive.

Pick just one super small productive thing you can do and do it. That’s it.

The fact is that action is the greatest buster of procrastination and lack of excellence out there. Sometimes the action in front of us can appear too big. Like moving a 3,000 lb car. If there’s no gas in the car, pushing it will get you no where fast. And then we usually beat ourselves up about it.

Instead, if we just started to walk instead, or get on our bikes, we can start building momentum. It won’t go far, but the feeling of movement is enough.

That’s the reason why picking a super small productive task is often enough. Momentum builds and before you know it, you’ve moved from one productive task to another. The most important thing is to maintain the momentum. Don’t pause, don’t wait. Just keep moving.

If you finish the first task, and you wait to move onto the second task, the mind will start suggesting ideas such as “let’s just lie on the bed for a few moments” or “let me just take a quick peak at my phone.”

Instead, just do something super small with the next task. And then something small again. Momentum.

Chances are you’ve done all the intellectual thinking and worrying about what you need to do. Chances are the only thing that needs to happen is to take action. Large tasks, projects, etc take too much out of us. We need a full tank of gas to move. Momentum built through taking action (no matter how small) becomes the fuel that can end up powering the heavy tasks we need to get done.